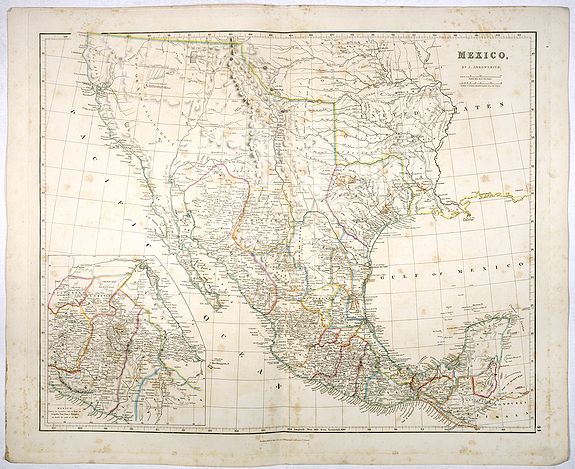 John Arrowsmith (1790- 1873) was an English geographer (mapmaker) and member of the Arrowsmith family of geographers. He was born in Winston, County Durham. 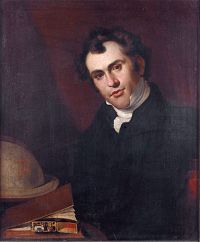 In 1810 he joined his uncle Aaron Arrowsmith in his mapmaking business in London. In 1821, they published a map of North America using a combination of maps obtained from the Hudson's Bay Company and Aaron's own previous work. After his uncle died in 1823, the business was carried on by his sons Aaron and Samuel Arrowsmith until 1839 when John Arrowsmith took over the business.

"... his cartographic skills outstripped those of his cousins and rivaled those of his uncle. In 1830 he was a founder fellow of the Royal Geographical Society and he took a particular interest in the exploration and discovery of the time. He knew many explorers and was responsible for converting their rough sketch maps and surveys into accurate maps which consolidated all the available information. The explorers showed their appreciation of his work by naming after him mountains, plains, and lakes in Australia, New Zealand, and Canada.
At least 181 of his maps appeared in the Royal Geographical Society's publications and he persuaded the society to use copper engraving instead of the cheaper but inferior lithography; this was typical of his search for perfection in both the content and presentation of his maps. His high standards were followed, under his influence, by the cartographers who took over his work for the society" (Elizabeth Baigent for DNB).

In 1834 John published his London Atlas, which was the best set of such maps then in existence. He followed the atlas with a long series of elaborate and carefully executed maps, those of Australia, America, Africa and India being especially valuable.
In 1863 he received the gold medal of the Royal Geographical Society, of which body he was one of the founders.

His maps were very numerous, and their neatness and finished style gained John a very extensive reputation. Arrowsmith was also a most industrious collector of materials.