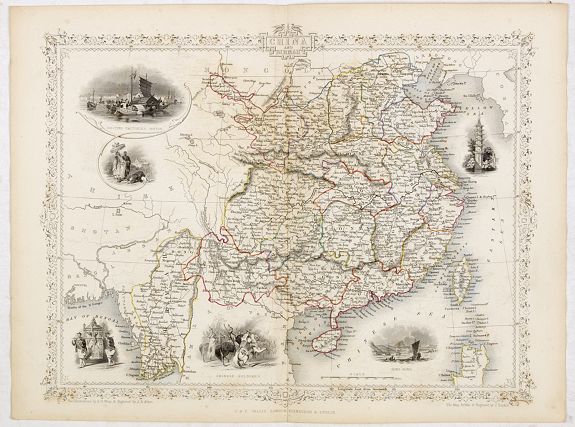 John Tallis and Company published views, maps and Atlases in London from roughly 1838 to 1851. The principal works, expanding upon the earlier works of Cary and Arrowsmith, include an 1838 collection of London Street Views and the 1849 Illustrated Atlas of the World. His principal engraver was John Rapkin, whose name and decorative vignettes appear on most Tallis & Co. maps. Due to the decorative style of Rapkin's work, many regard Tallis maps as the last bastion of English decorative cartography in the 19th century.

The London Printing and publishing Company of London and New York bought the rights for many Tallis maps in 1850 and continued Publishing his Illustrated Atlas of the World until the mid-1850s. Specific Tallis maps later appeared in innumerable mid to late 19th century publications as illustrations and appendices

Publications
- R. Montgomery Martin's "The British Colonies; Their History, Extent, etcetera. The London Printing and Publishing Company (1851)
- Tyrell, Henry., The History of the War With Russia, giving full details of the operations of the allied armies - 6 volumes, illustrated by J.Hind, D.J. Pound, J Rapkin & others ] The London Printing and Publishing Company (1856)

← Stumpf
Tanner →
Our website uses cookies. By continuing, you consent to the use of cookies on your device, unless you have disabled them from your browser.