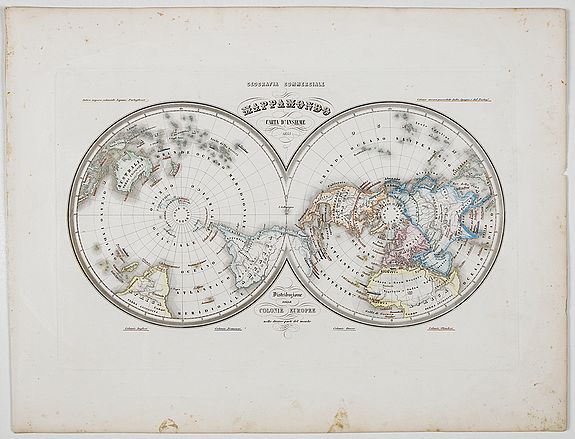 Francesco Costantino Marmocchi Marmocchi (Poggibonsi, 1805-Geneva, 1858) was known as a geographer and cartographer. He emigrated to Rome, and later to Corsica, later settled in Turin and finally in Genoa, where he remained for the rest of his life, mainly writing geographical content.

← Mannesson Mallet
Münster →
Our website uses cookies. By continuing, you consent to the use of cookies on your device, unless you have disabled them from your browser.