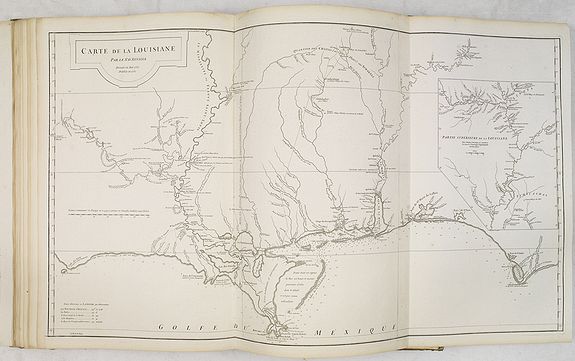 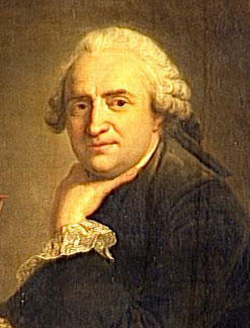 Jean Baptiste Bourguignon d'Anville (1697-1782) was perhaps the most important and prolific cartographer of the 18th century.
He engraved his first map at the age of fifteen and produced many maps of high quality throughout his career. He became the finest cartographer of his time and carried on the French school of cartography developed by the Sanson and the de L'Isle families.
Although he apparently never left the city of Paris, he had access to the reports and maps of French explorers, traders, and missionaries. During his long career, he accumulated a large collection of cartographic materials that has been preserved. He was particularly interested in Asia and produced the first reasonably accurate map of China in 1735.
He became Royal Geographer and Cartographer to the King of France in the middle of the eighteenth century, at a time when French cartography was still considered to be the best in the world.
He was the successor to Guillaume Delisle as the chief proponent of scientific cartography, and his influence on his contemporaries was profound.

To illustrate the cartography of the middle to the latter part of the eighteenth century a d'Anville map is essential.
He was foremost in using the latest and most accurate cartographic information available. From the latest discoveries of the many French explorers to information available from explorers such as Cook and others. And unlike many cartographers of the day, he was not adverse to leaving blank spaces in his maps, where knowledge was insufficient.

R.V. Tooley write : "D'Anville was the finest cartographer of his time, his attention to detail was exemplary, his maps having a great delicacy of engraving".

Thomas Basset and Philip Porter write: "It was because of D'Anville's resolve to depict only those features which could be proven to be true that his maps are often said to represent a scientific reformation in cartography." (The Journal of African History, Vol. 32, No. 3 (1991), pp. 367-413).

D'Anville and Thomas Jefferson
D'Anville's maps draw on material gathered from several French expeditions made during the first half of the eighteenth century. At this time the French were intent on finding a trade route to the western Indians and to Santa Fe and also on preempting Spanish expansion into the Mississippi river valleys.
Around 1720, Jean Baptiste Bénard de La Harpe undertook two expeditions to explore the Red and Arkansas rivers and part of what is now Oklahoma. At roughly the same time, Claude-Charles du Tisné journeyed by land to the source of the Osage River and explored southeastern Kansas.
Maps engraved by d'Anville incorporated the discoveries of La Harpe and Tisné and significantly improved the geographic knowledge of the Mississippi and Missouri river regions.

It is known that Thomas Jefferson acquired seven maps by d'Anville in 1787, and although the titles of the maps he acquired are not known, Jefferson must have been familiar with d'Anville's maps of North America, including "Carte de la Louisiane." In a letter to the Secretary of the Treasury Albert Gallatin relating to a newly commissioned map of North America, Jefferson discussed the use of d'Anville as a reference for the lower Mississippi basin.
Meriwether Lewis obtained a copy prior to the Lewis & Clark Expedition.

D'Anville's map "Carte de la Louisiane." shows the Gulf Coast from the Tallahassee area to around the mouth of the Sabine in Texas, one of the best obtainable large-format maps of the region from this period.
The map tracks the Mississippi, Arkansas, Red, Osage and Missouri Rivers, and includes an excellent large inset of the Mississippi River Valley from Arkansas to above the Missouri Rivers.
Most of the information was derived from Valentin Devin, who arrived in Pensacola in 1719 (under the auspices of John Law's Company of the West) and began producing highly regarded maps immediately upon his arrival on the Gulf Coast until expelled by the Spanish after a three-year struggle. Devin used his information and materials gathered from Le Maire and others to produce a number of manuscript maps which were sent back to France and resulted in a series of maps by De L'Isle, Buache and finally d'Anville, whose maps of the Gulf Coast formed the standard for a number of years.

D'Anville's two-sheet map "Amerique Septentrionale. Publiee sous les auspices de Monseigneur le Duc d'Orleans, Premier Prince du Sang. Par le Sr. d'Anville, M DCC XLVI" depicts a "Grande Rivière" running to the west out of the "Lac des Bois" with a note that it was discovered by an Indian named Ochagac, or Ochagach, a reference to the accounts of La Vérendrye and his sons. The map labels upper Missouri the "Pekitanoui R." Only the upper half of "Amérique Septentrionale" is exhibited. Shows boundaries of Treaty of 1763 and Ft. Duquesne.
References: Wagner, 552; Lowery, 382; Taliaferro, 134; Checklist of printed maps of the Middle West to 1900, 1-0598; Karpinski, LVIII; Tooley, Printed maps of America, 104; cf P571, 572, 599; NMM 200.

Jean Baptiste Bourguignon d’Anville beautifully printed and splendidly illustrated "Nouvel atlas de la Chine, de la Tartarie chinoise, et du Thibet." is the summation of European knowledge on China in the 18th-century.
This atlas contains a very detailed two-sheet map of the Far East (map 22 and 22a) including China, Korea and Japan.
The map is dated 1752 and it becomes clear that he has incorporated the sources for of his "Nouvel atlas de la Chine".

Jean Baptiste Bourguignon d’Anville beautifully printed and splendidly illustrated "Nouvel atlas de la Chine, de la Tartarie chinoise, et du Thibet" and is "the principal cartographic authority on China during the 18th century".
It was the second major atlas of China produced in Europe following the Martini /Blaeu Novus Atlas Sinensis 1655. Through its unique combination of western and Chinese surveys it brought the mapping of China to a new level of accuracy and detail.
It was begun by the Jesuit missionaries to China in 1708, and their completed manuscripts were presented to the Emperor Kang-hi in 1718. Kang-hi ordered further surveys and from them were constructed the well-known maps forwarded to father Du Halde and used by d'Anville for this Du Haldes "Description ... de l'empire de la Chine et de la Tartarie chinoise" (1736) and his Atlas (1737).

← Coronelli
de Beers →
Our website uses cookies. By continuing, you consent to the use of cookies on your device, unless you have disabled them from your browser.