Atlas of New York and vicinity by de Beers. 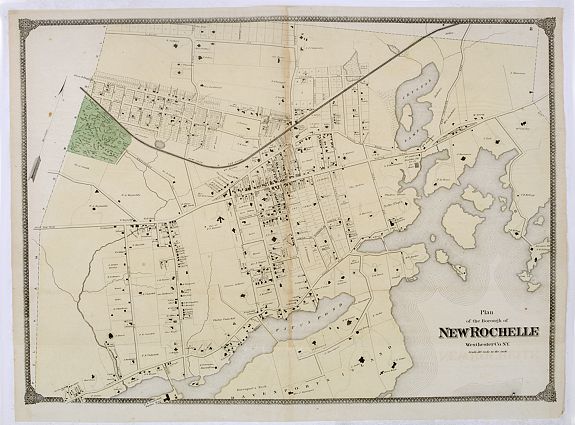 F. W. Beers, along with other members of his family, were among the leading county atlas publishers in the period immediately following the Civil War. Their atlases provide "a detailed cartographical, biographical, and pictorial record of a large segment of rural America in the Victorian age" (Ristow). Beers first published his Atlas of New York & Vicinity in 1867.

It has been observed by McCorkle and others that various issues of the atlas were published in that year and the following with significant differences in the number and selection of maps included by the publisher. This was the result of clever marketing by Beers, intending to sell the atlases to customers in specific regions.

← d'Anville
De Bry →
Our website uses cookies. By continuing, you consent to the use of cookies on your device, unless you have disabled them from your browser.