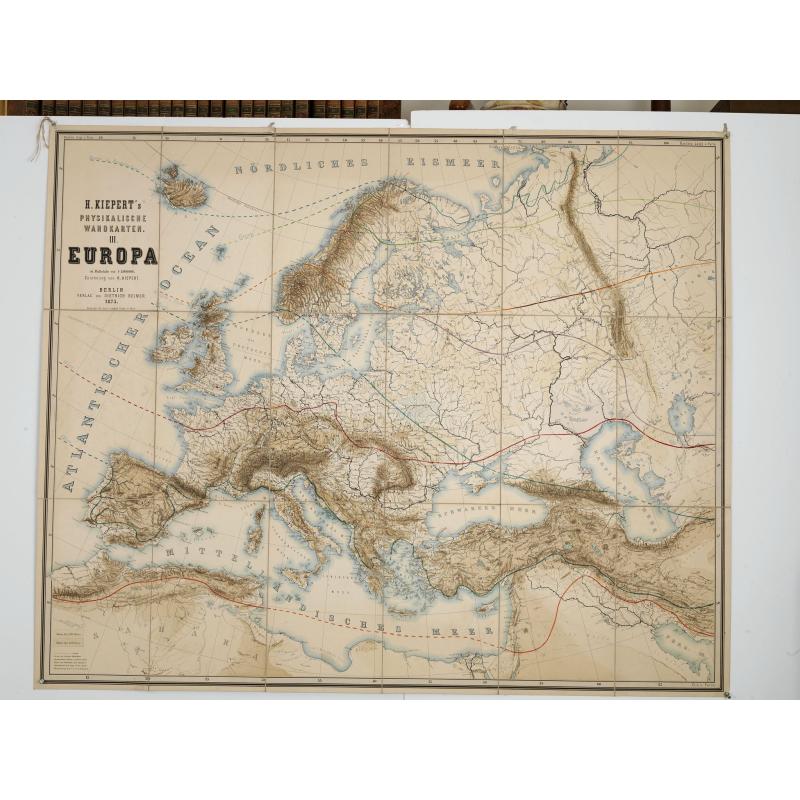 Geographer Heinrich Kiepert (1818-1899) is generally reckoned one of the more important scholarly cartographers of the second half of the 19th century. Kiepert acquired one of his interests— the historical geography of the classical world— in his student days at the University of Berlin, where he worked with Carl Ritter (1779-1859).
Ritter and Kiepert produced what appears to have been one of the first modern atlases of the ancient Greek world, Topographisch-historischer Atlas von Hellas und den hellenischen Colonien in 24 Blättern (1840-1846).
Several additional compilations of maps of the classical world followed: Bibel-Atlas (1847). Historisch-geographischer Atlas der alten Welt (1848), Atlas antiquus (1854). Formae orbis antiqui (1893) and Formae urbis Romae antiquae (1896). Many of these works were reissued in numerous editions, including translations.

Another major interest was the Ottoman Empire, where Kiepert travelled numerous times, gathering enough data to produce several major maps of the Ottoman world between the 1840s and 1890s.
Kiepert was also responsible for some of the first detailed ethnic maps of Germany, Austria-Hungary, and the Balkan Peninsula. In the course of many years, he compiled maps of much of the rest of the world as well, in addition to cartographic materials for schools.
Kiepert was head of the Geographisches Institut in Weimar between 1845 and 1852 and professor at the University of Berlin from 1852. He maintained a long association with the publisher Dietrich Reimer. Many later editions of Kiepert's maps were updated by his son, Richard Kiepert (1846-1915).
Kiepert's maps are almost invariably clear and easy to read, and they are as accurate as the scholarship of the day permitted. His maps of the historical geography of the classical world have inevitably come to seem a bit old-fashioned in light of later research, but his maps of the Ottoman Empire and surrounding countries remain extraordinarily valuable records of conditions in the period when they were compiled.

More about geological and physical maps [+]