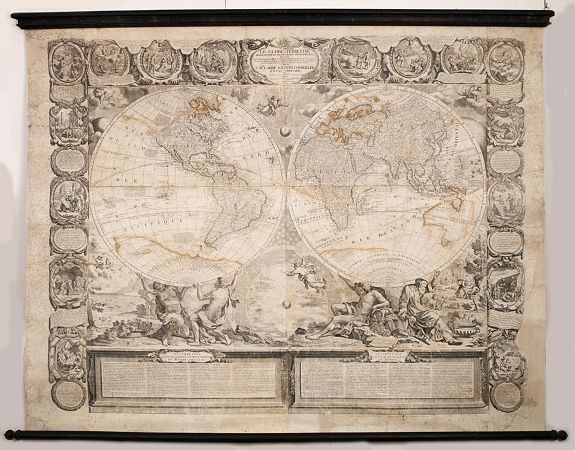 Wall maps were found in the interiors of wealthy businessmen. Wall maps occupied a prominent place in contemporary Dutch culture, iconologically representing affluence and intellectual curiosity.
One of the leading lights of the era, Constantijn Huygens (1596-87), remarked how he employed his own set of Blaeu's wall maps of the continents as a tool to enlighten his children, "To encourage them even more, I had the four parts of the world by Willem Blaeu mounted in my entrance hall, where they often played, in order to provide them with a fixed image of the world and its division."
Willem Blaeu's wall maps are considered to be among the most influential and artistically virtuous masterpieces of the great era of baroque cartography. His enterprise maintained close connections with intellectuals and political leaders across Europe, granting him privileged access to the most advanced geographical knowledge. Evinced for their fame is perhaps their appearance in several of Johannes Vermeer's paintings.


Johannes Vermeer and wall maps
A striking feature of the relatively small number of paintings that comprise the oeuvre of Johannes Vermeer is the prominent place accorded to maps and globes. The use of maps as wall hangings in contemporary Dutch houses went beyond the desire for cartographic information. Maps were also used to express status, to promote a better understanding of history or politics or to take the place of paintings. At the moment Vermeer painted his works Amsterdam was the world center of map-making. Among the most majestic productions were the wall maps of Willem Blaeu.
The pride of place that wall maps claimed in Dutch homes is most eloquently presented in a half-dozen or so of the exquisite paintings of Vermeer, as well as in such contemporary scenes as Pieter de Hooch's A Woman Drinking with Two Men (1658) in the National Gallery. These views of everyday life bear witness to an almost totemic cult of maps.


Paintings by Vermeer including wall maps : 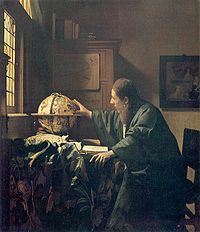 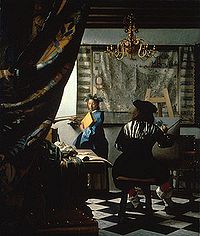 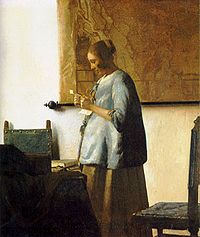 Soon wall maps were available for the libraries or offices of the wealthy and nobility throughout Europe. Wall maps also hung in many places in America in the eighteenth century, for instance in the Governor's Palace in Williamsburg, Virginia.

By the nineteenth century, wall maps were used throughout the United States. They hung in government offices, public meeting places, schools and in some homes. Early on in the century, wall maps showed the expanding country, with its natural features and political divisions, roads, canals and then railroads.
As these maps were specifically designed for practical use, and because their large format made careful study of details more likely, map makers were careful to update their maps regularly to keep them as current and accurate as possible.

← The earliest maps to use the name Etats-Unis
Our website uses cookies. By continuing, you consent to the use of cookies on your device, unless you have disabled them from your browser.