Lot #: 06098
Sold for $900.
Subscribe to be notified if similar examples become available. 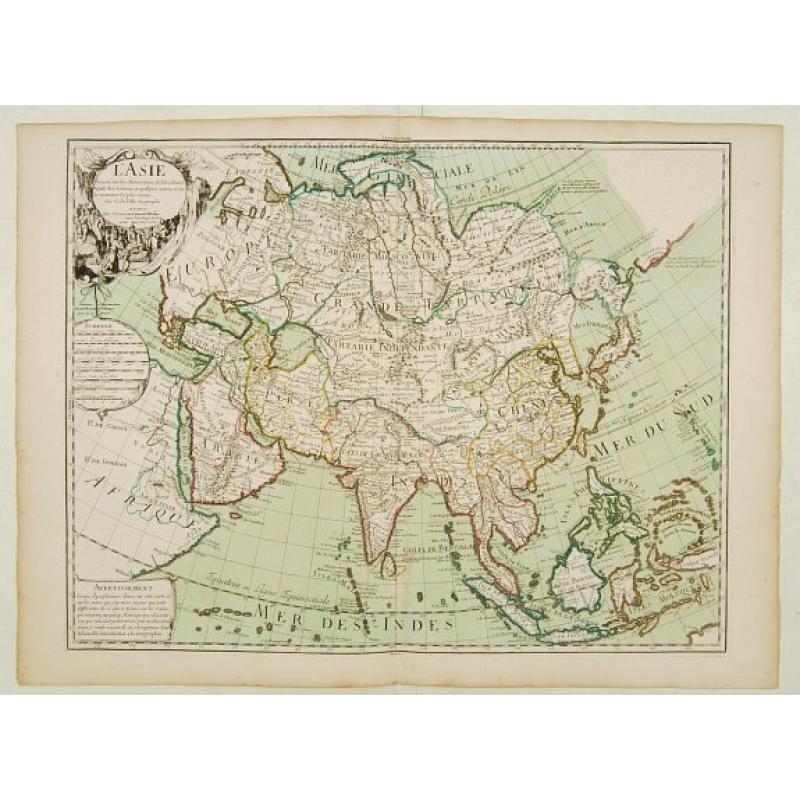 Prepared by G. de L'Isle of c. 1700 and published by Louis Renard of Amsterdam.
Rare Amsterdam issue.
The blank areas between the 'peninsula' of Nouvelle Zemla and the eastern shores of Tartarie have been filled.
Detailed map of the continent of Asia.
The map is of interest for the use of East Sea, the sea between Korea and Japan, here called "MER ORIENTALE".
Witsen's mountainous peninsula -the Mount de Noss- is only represented in part and is accompanied by an explanatory note which states that it is not known how this pointe de terre ends.
Hokkaido (Terre d'Yeco) is still attached to Japan, but is now marginally separated from the mainland. Only the southern shoreline of Terre de la Compagnie is shown.

Reference: Not in Sweet, Mapping of the continent of Asia.