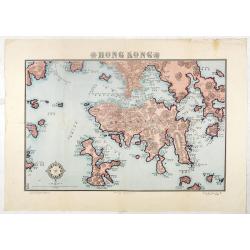 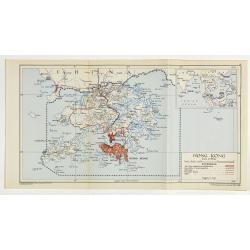 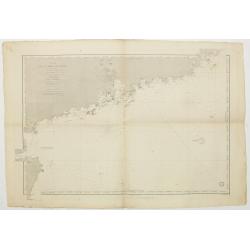 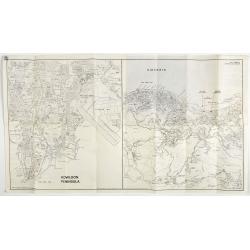 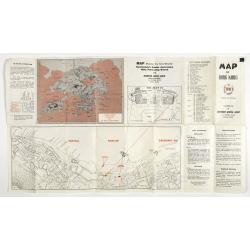 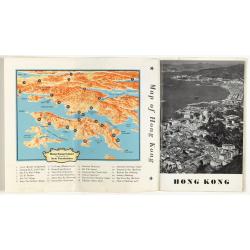 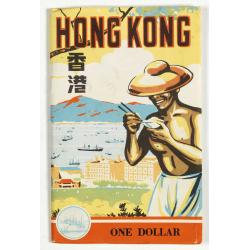 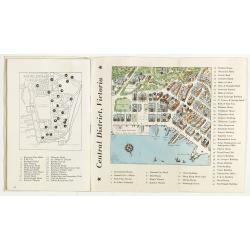 A collection of 30 maps, prints, and publications relating to Hong Kong.
Including :
- BELCHER, E. Sir, An updated version of this most important nautical chart of Hong Kong. Engraved by J. & C. Walker, and based on the observations of Sir Edward Belcher, a British naval officer and explorer.
Belcher entered the royal navy in 1812. In 1825 he accompanied Frederick William Beechey's expedition to the Pacific as a surveyor on board the bomb vessel HMS Sulphur. In 1841 the Commander Belcher landed on Possession Point at the north shore of Hong Kong Island and made the first British survey of Hong Kong harbor.

- MAYERS, Fred / Dennys, N.B. The Treaty Ports of China and Japan. A Complete Guide to the Open Ports of Those countries, together with Peking, Yedo, Hong Kong and Macao forming a Guide Book & Vade Mecum for Travellers, Merchants, and Residents in General. Trubner and Co. / A. Shortrede and Co. London / Hong Kong. 1867. 28 folding maps, complete as called for in the Table of Contents "List of Maps etc," indices, appendices, viii+668+26pp, cloth-covered boards with leather corners and gilt spine. First and only edition.

- EDUCATIONAL SUPPLEMENTS CORP. (Hong Kong) Hong Kong. New York, 1968. In printed colors. 560x735mm. Folding map in very good condition.
A large educational map for the islands showing the major towns and place names as it was. A simple timeline at the bottom starts with migrants arriving from north China sometime around 2000 B.C., and ends in 1961 with "Population explodes to more than 3,000,000" , its population today well doubles that.