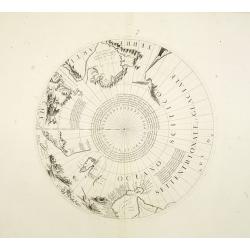 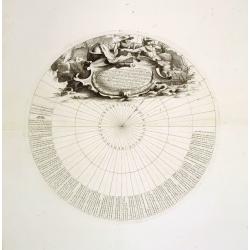 Two polar calottes from 110 centimeters in diameter globe of 1688 including the northern part of Baffin Bay, Greenland, Iceland, Nova Zembla.