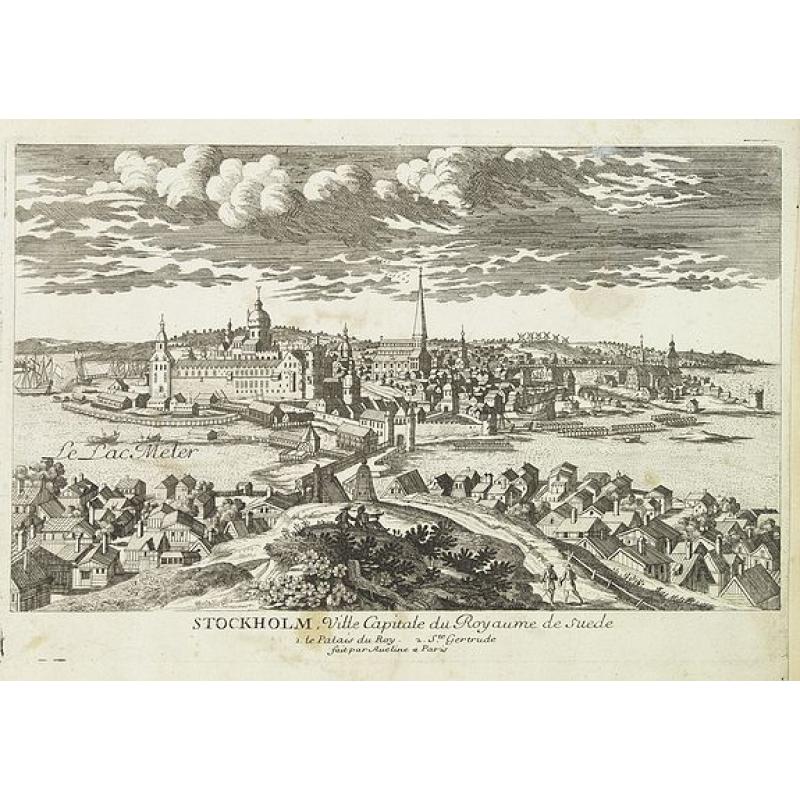 A very decorative and extremely raretown-viewof Stockholm, including a numbered key ( 1- 2 ) in lower part. Engraved by Pierre-Alexandre Aveline. With "fait par Aveline a Paris" in lower margin.

Pierre Aveline (Paris, c.1656 - 23 May 1722), was an engraver, print-publisher and print-seller. He probably trained with Adam Pérelle and, like him, specialized in topographical representations. He engraved in suites many views of Paris and of provincial, European and African cities, mixing etching and burin.
In 1685 he obtained a royal license for ten years, authorizing him to reproduce 'le profil des maisons royales'. Among the 412 items that comprise his |x|uvre, there are only two portraits and two prints of historical subjects.