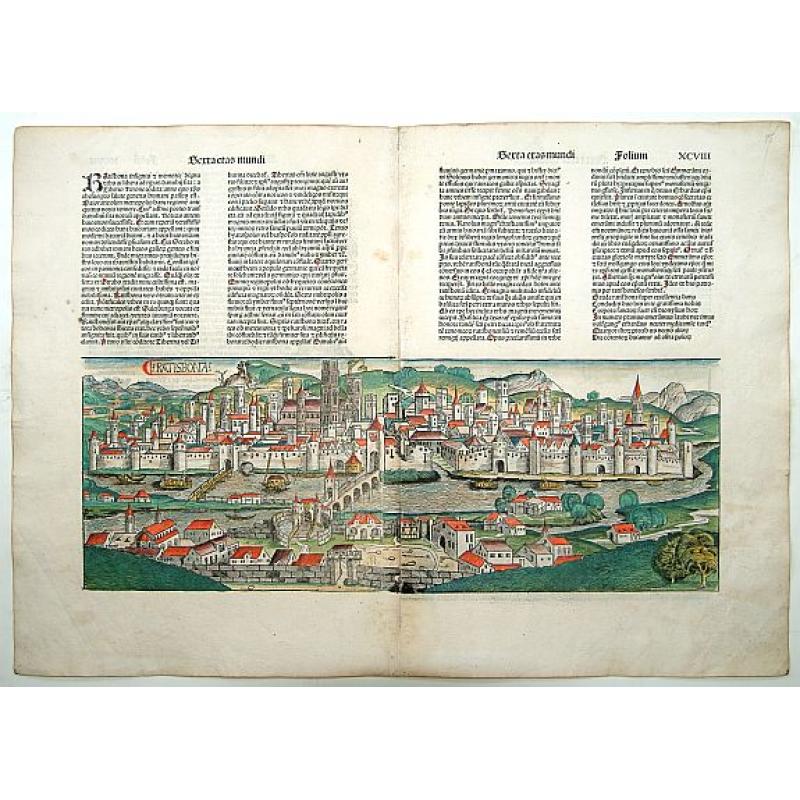 A very fine presentation of the city of Ratisbon, in Germany, centered on the cathedral (Dim. : 191 mm W : 525 mm).
Overleaf a very nice view of Vienna, with two swans on the foreground.
Page from the richest illustrated Incunable, the famous: "Nuremberg Chronicle", published the year that Columbus returned to Europe after discovering America.
The woodblock cutters were Michael Wolgemut, the well-known teacher of Albrecht Dürer, and his stepson Wilhelm Pleydenwurff. Wohlgemut was Albrecht Dürer's tutor between 1486-90 and recent scholarship has shown, Albrecht Dürer may also have collaborated, since some of the cuts bear a remarkably close resemblance to the Apocalypse illustrations.
The printing was carried out under the supervision of the great scholar-printer Anton Koberger, whose printing were famous throughout Europe
A opportunity to acquire a 15th-century book illustration by named artists.!
Read more about the Nuremberg Chronicle by Hartman Schedel. [+]