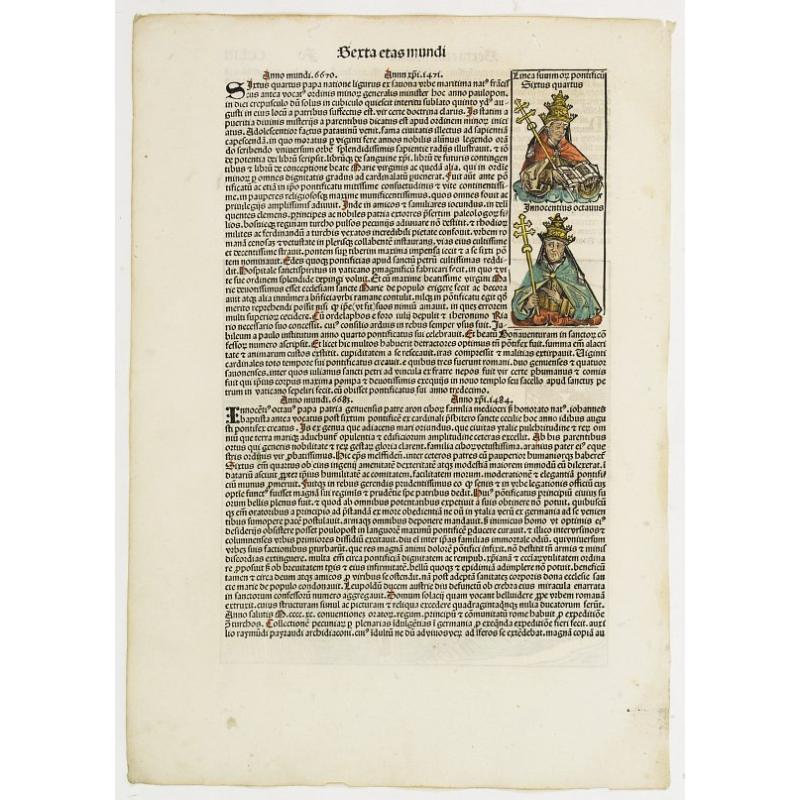 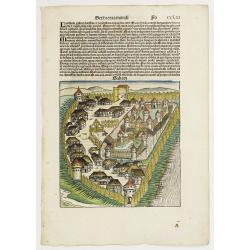 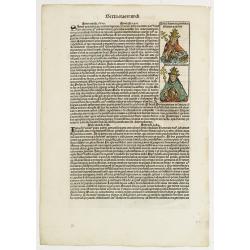 A imaginary view of Sabac in Serbia however the earliest obtainable view of this period.
In 1476 King Matthias of Hungary defeated the invading Turkish armies at Sabac, a fortified military outpost. The Chronicle , published only 16 years after that event, records both the temporary nature of the wooden fort (none of it survives today) and the heavy defensive fortifications it possessed.

Further including presentations of the popes Sixtus IV and Innocentius VIII.
Page from the richest illustrated Incunable, the famous: Nuremberg Chronicle, published the year that Columbus returned to Europe after discovering America.
The woodblock cutters were Michael Wolgemut, the well-known teacher of Albrecht Dürer, and his stepson Wilhelm Pleydenwurff. Wohlgemut was Albrecht Dürer's tutor between 1486-90 and recent scholarship has shown, Albrecht Dürer may also have collaborated, since some of the cuts bear a remarkably close resemblance to the Apocalypse illustrations.
The printing was carried out under the supervision of the great scholar-printer Anton Koberger, whose printing were famous throughout Europe
A opportunity to acquire a 15th-century book illustration by named artists.!