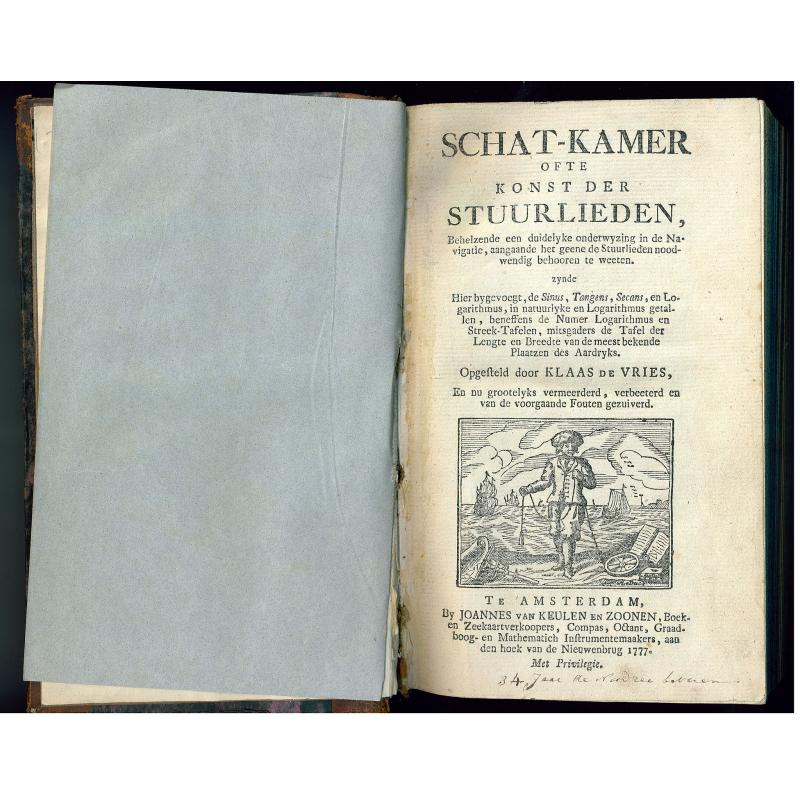 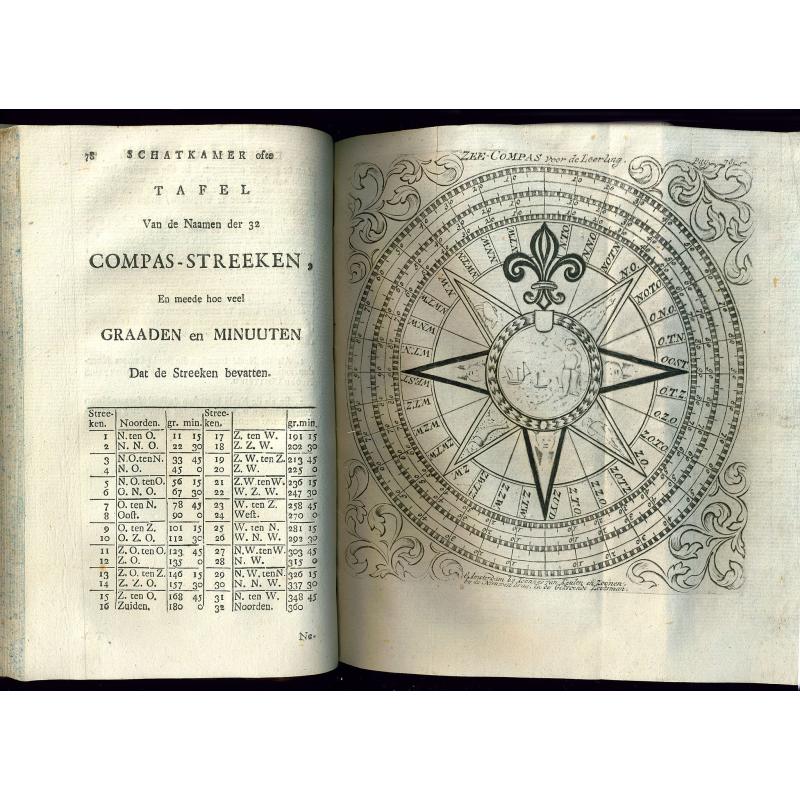 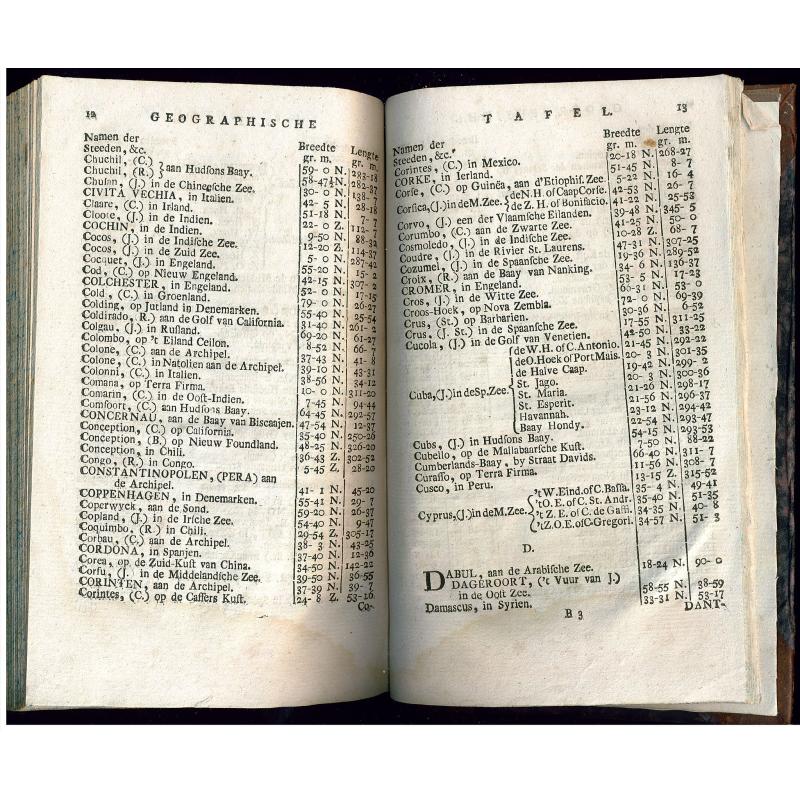 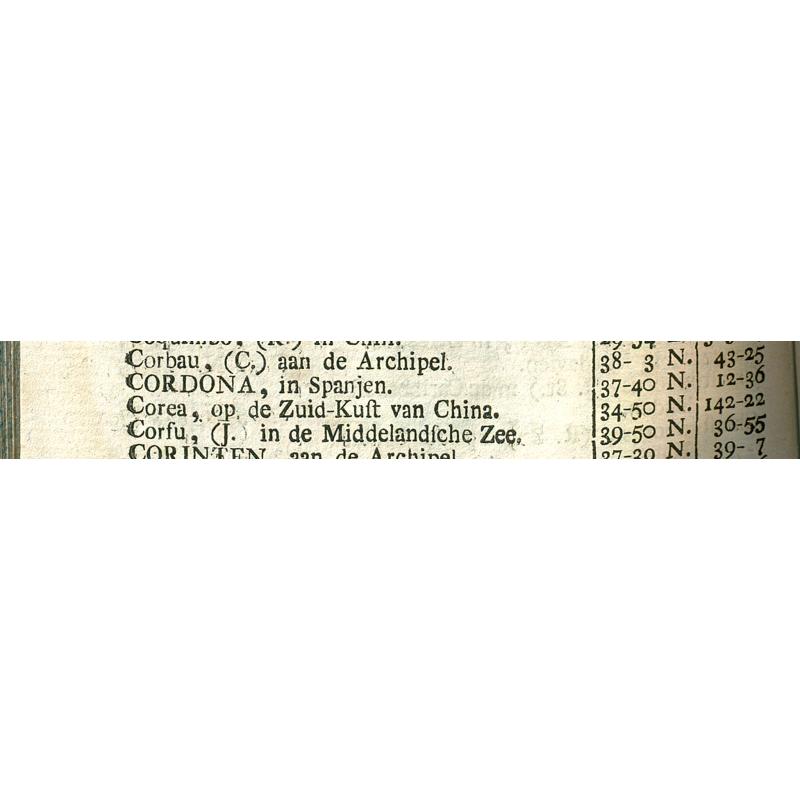 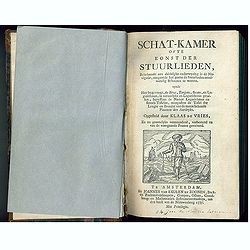 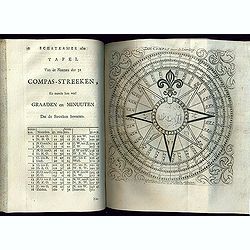 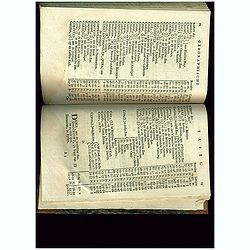 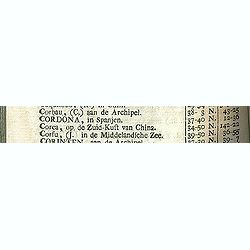 He discussed the "apparent" altitude of a celestial body above the horizon and the necessary corrections to be implemented to calculate the "true" height and he therefore provided the necessary tables.
The "Treasure-room" explained how to calculate the times of high and low water. Knowledge important for departure and arrival at ports.
Navigational guidance, such as meridians, "breedteparallellen", the equator and the tropics, were explained by De Vries. He discussed the compass, compass needles and the variation, application of which was important for safe navigation.

The Treasure-room described how the length of a day and night and the times of rise and fall of the sun were calculated.
For this 1777 edition the wind directions for the route between the Netherlands and Java has been replaced by "triangle measurement ".<
A topic that got special attention was the actual position finding on a "platte en de wassende kaart" (Mercator projection chart) done by measuring the distance traveled in nautical miles. The distance was noted in a "handlog" and the speed of the vessel was measured regularly. The log consisted of a buttons labeled long line, rolled on a reel, and at the end a triangular shelf with some lead. One threw the plank at the stern into the sea where it floated and the mate counted with the aid of a hourglass for fifteen seconds, the number of passing nodes. That number corresponded to the speed in miles per hour.

The Treasure-room contained a large number of examples of the various types of calculations and included many sinus, tangent and secant tables by Bernardus Joannes Douwes.

The Treasure-Room contained a large number of examples of various types of calculations. These were training issues were the prospective mate could improve skills and test his knowledge.

On ocean routes however the knowledge of sea currents, and prevailing and seasonal winds remained knowledge based on experience of generation to generation which was passed by the sailor. The "Schat-Kamer" however offered the Dutch sailor the basis of maritime navigation for more than a century.