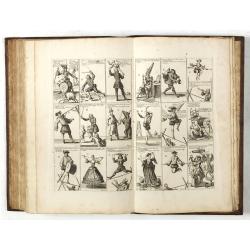 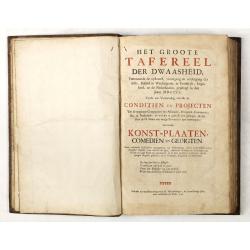 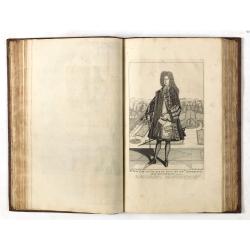 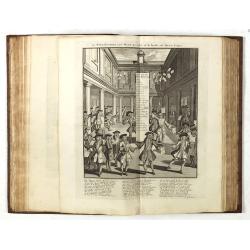 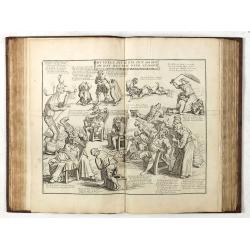 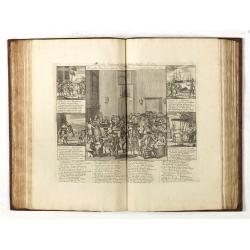 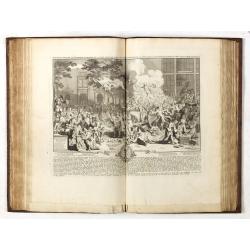 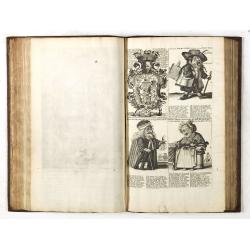 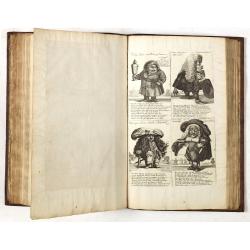 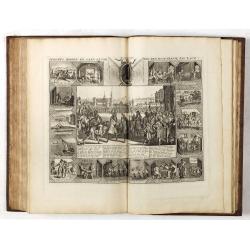 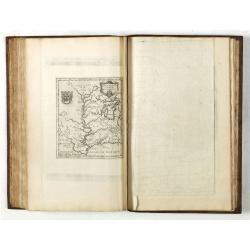 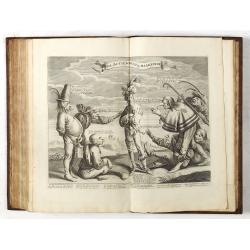 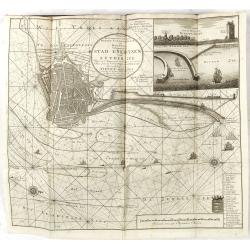 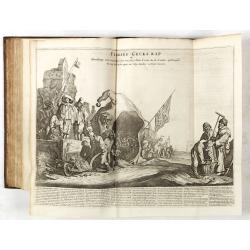 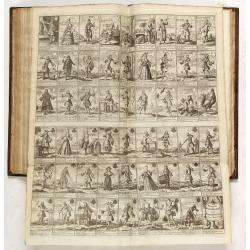 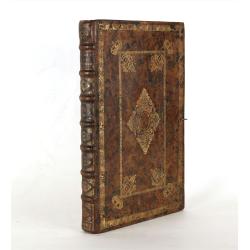 AN EARLY ISSUE of this biting and vulgar satire on the Mississippi and South Sea Bubbles and an extraordinary visual record with 78 plates of the first banking crash, showing the shocking effects of the “South Sea Bubble” in France, England and Holland, and placing John Law (1671-1729), with his Mississippi company scheme, squarely at the center of the disastrous chain of events.

Biting satirical caricatures of The Great Mirror of Folly. "In neither of these [France and England] did there appear such a stout and extravagant piece as this Dutch volume" (Cole). >This copy has 78 copper-engraved plates and maps, most double-page and a few folding on 73 pages. The set of 8 Bombario Auctionist’s printed on separate paper are mounted with 1-4, and 4-8 on two single pages.
The text provides the charters of important companies floated in various Dutch cities during the period of bubble fever, and the plates expose the principals of these companies to merciless ridicule. "The combination of such prosaic data with the numerous satirical engravings, with the reprint of comedies and satires, and with a description of bubble playing cards offers the student a unique historical document, the like of which was not thrown up by the speculative manias in either France or England" (Cole, The Great Mirror of Folly… An Economic-Bibliographical Study, p.1).

The Tafereel is perhaps an important factor in the slow development of modern corporate organization. "Against the joint-stock manner of business arrangements were thrown the fears engendered by this popular portrayal of the downfall of the 'windnegotie.' Possibly a mere book was really an economic force" (Cole, p.20).
'The engravings, which illustrate the rise and fall of the great speculation, are full of humor; many of them are exceedingly ludicrous, and some very obscene… The number of plates in copies varies from 60 to 74" (Sabin).