Lot #: 21559
Sold for $450.
Subscribe to be notified if similar examples become available. 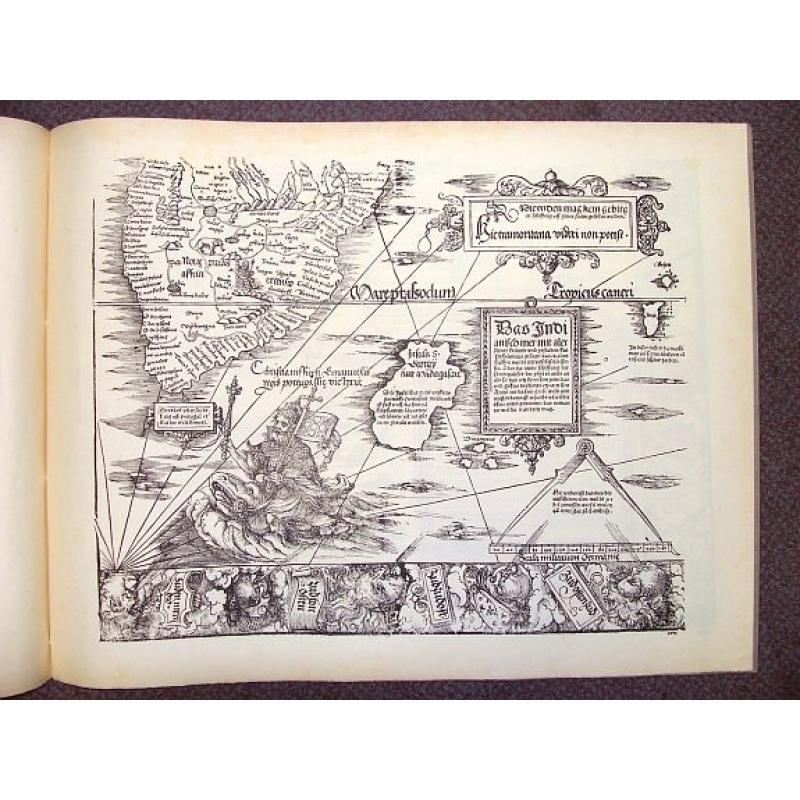 Having completed the 1522 edition of Ptolemy, Fries turned his attention to Waldseemuller's 1516 wall-map of the world [Carta Marina]. Fries' version, also a woodcut, was apparently ready in 1525, but no example of that first printing is known today. However, fragments are to be found at Leiden University Library according to Leo Bagrow [Fragments of the "Carta Marina by Laurentius Fries, 1524, IM XIV ('S-Gravenhage: Mouton & Co., 1959), p.111-2 (ill)].
To accompany the map, Fries prepared a booklet Uslegung der Mercarthen oder Carta Marina. The only complete example of the 1530 printing is in the Bayern Staatsbibliothek, Munich, bearing the imprint Carta Marina Universalis Emendata Et Veritati Resauarat Laurentio Frisio Anno 1530.
The map was published by Johannes Grüninger and was described as "Carta Marina, on which one can see where one is in the world and where every sea, country, and city is."

Available here is the only reproduction known of the map, published in Munich in 1926. The 12 large facsimile plates, all woodcuts, measure 46 x 59,5 cm each (23 x 18 inches). The Munich reproduction consists of the plates only.

The map and its accompanying booklet are discussed in detail in the book by Hildegard Johnson, Carta marina; world geography in Strassburg, 1525.