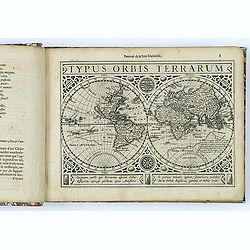 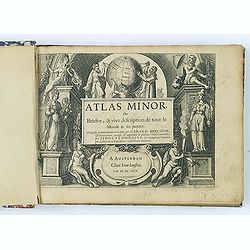 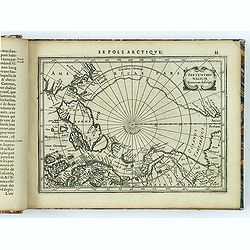 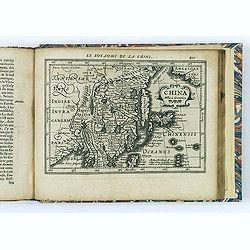 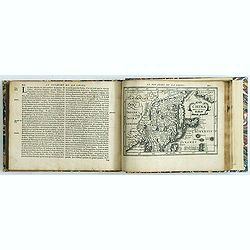 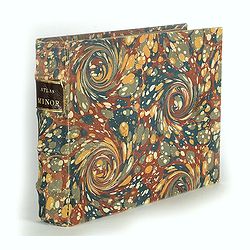 Title page with past-on title, dated 1630. Préface dated 1609. The imprint label has two version, this one has "Jansson".
French text-edition of this influential pocket atlas, published by Johannes Janssonius. The plates were executed by two of Holland's finest engravers, Abraham Goos and Pieter van der Keere.

Shortly after the publication of the big folio-atlases the need was apparently felt for a smaller-sized atlas, one that would be handier and above all, cheaper. The Atlas Minor was larger in format than other small atlases available at the time; allowing for significantly greater detail and more place names than found in its rivals.