After World War II, the conservatism of northern Europe prompted many radical young artists to leave their homes in search of a more progressive environment. A number of these young artists met each other in Paris, Europe’s artistic capital, and in November, 1948, formally pledged their allegiance to a new movement. This was christened CoBrA, from the capitals of the three countries represented most prominently - COpenhagen, BRussels, Amsterdam.

This name was chosen from among several candidates suggested by the Belgian poet Christian Dotremont (his other proposals included Isabelle, as he noted, “for rather personal reasons”). The selection of Cobra was influenced by the recent coinage of Benelux to signal the cooperation among Belgium, the Netherlands, and Luxembourg.

Like Surrealism before it, Cobra was a loose alliance of writers and painters. Cobra’s artists did not share a common style, but rather a desire to create a radical new art that would use simple forms to produce universal symbols. As a reaction against the destruction of World War II and the stifling atmosphere of their home countries, Cobra privileged the iconoclastic, immediate, spontaneous, and primitive. A central goal was to use spontaneity to transform traditional folk art into a new kind of advanced art, accessible to all.

Cobra has had its most lasting impact in the Netherlands. The leading Dutch Cobra painters were Karel Appel, Constant (Constant Anton Niewenhuys), Corneille (Cornelis van Beverloo), and Theo Wolvekamp. Other major figures in the movement included Asger Jorn, from Denmark, and Pierre Alechinsky, from Belgium.
In a manifesto for the Dutch Cobra, Constant condemned Surrealism for its intellectualism, and denounced abstraction as sterile. In contrast, Cobra wanted to create a new folk art based on expression, spontaneity, and the subconscious. The Dutch Cobra painters took their inspiration from the drawing of children, Surrealism, and the art of Miró, Picasso, Kandinsky, Klee, and Dubuffet.

The greatest of the Dutch Cobras was Karel Appel. Some of the Cobra painters fully embraced abstraction, but during the Cobra years Appel did not. Done in his late 20s, Appel’s Cobra paintings show us an imaginary world, with childlike figures made from bold blocks of bright colors.
Appel’s paintings of the late ‘40s and early ‘50s are like those of a child - the most inspired child artist who ever lived.

Cobra functioned as a group only for a few years: it was dissolved in 1951, as its young radicals discovered their own voices and went off to pursue their own goals. Yet because it was a highly conceptual movement, many of these young artists - including Appel - had already reached the peak of their development by the time the group disbanded. Cobra’s life had been short but intense.

TIP : Visit The Cobra Museum is in Amstelveen, near Amsterdam. 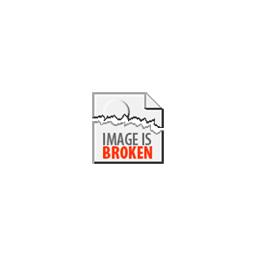 Corneille was best known for radicalizing the conservative Dutch art world in the early 1950s, making modern art not only acceptable but embraceable as well. He placed familiar subjects  birds, cats, women, and landscapes  in mythological and often childlike contexts, imbuing them with spontaneity and bright, sensual reds.

The greatest of the Dutch Cobras was Karel Appel. Some of the Cobra painters fully embraced abstraction, but during the Cobra years Appel did not. Done in his late 20s, Appel’s Cobra paintings show us an imaginary world, with childlike figures made from bold blocks of bright colors.