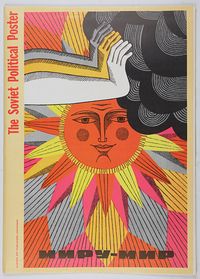 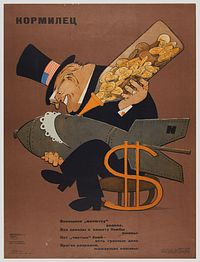 Propaganda
At its most basic, propaganda is biased or misleading information circulated via some form of mass media with the intent of promoting a political agenda or viewpoint.
Propaganda is deliberately not objective and is usually part of a larger psychological campaign to influence people toward a specific opinion. It may include outright lies or more subtle misinformation and censorship. Propaganda works by tapping into emotions through images, slogans, and selective use of information, or control and censorship of the facts.

This is especially true if propaganda is being utilized by a government that is controlling the media by censorship or one that owns and runs media outlets, as was the case in the former Soviet Union and communist China.

Propaganda and Fake News
Propaganda has taken on a whole new twist with the rise of so-called fake news sites. At all times publishers were seeking for sales and created misleading or flat-out incorrect "news" or "maps" with sensational or controversial headlines.

Soviet poster propaganda
Soviet poster propaganda after WWI was a constructivist-dominated design period, with bold reds and blacks and a strong emphasis on thick lines, bold sans-serif type and geometric forms.
Later design in the USSR moved toward Socialist Realism and the accurate rendering of people, places and objects. Early thematic content included defending the newly established state and the encouragement of enlistment for the armed forces.
Over the decades the content would diversify and become rich with allusion and more complex meaning. General poster and propaganda themes included: families, children, the benevolence of Soviet leadership and the threat from foreigners/capitalism, the space race, arms race and quest for athletic / Olympic supremacy, and other manifestations of the Cold War rivalry with the United States.


The posters were printed in the hundreds of thousands and provided a means to propagate the ideologies of Lenin, Stalin, the communist ruling party, and abstract ideas and subjects of a generally positive nature.