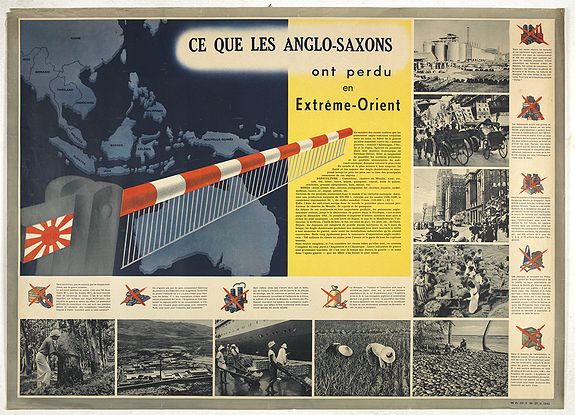 Propaganda
At its most basic, propaganda is biased or misleading information circulated via some form of mass media with the intent of promoting a political agenda or viewpoint.
Propaganda is deliberately not objective and is usually part of a larger psychological campaign to influence people toward a specific opinion. It may include outright lies or more subtle misinformation and censorship. Propaganda works by tapping into emotions through images, slogans and selective use of information, or control and censorship of the facts.

This is especially true if propaganda is being utilized by a government that is controlling the media by censorship or one that owns and runs media outlets, as was the case in the former Soviet Union and communist China.

Maps were made to indicate territories. Borderlines and territories changed over the years, cartographers made mistakes. Nevertheless, nowadays old maps are used to prove ownership of territories.

Propaganda and Fake News
Propaganda has taken on a whole new twist with the rise of so-called fake news sites. At all times publishers were seeking sales and created misleading or flat-out incorrect "news" or "maps" with sensational or controversial headlines.
Old maps can be used to prove ownership of territories.

War maps
Cartographic propaganda during WWI and WWII was used to polarize states along the lines of war and did so by appealing to the masses. Fred Rose's "Serio-comic war map for the year 1877" portrayed the Russian Empire as an octopus stretching out its tentacles vying for control in Europe and was intended to solicit distrust of the Russian Empire within Europe.
This concept was used again in 1917 during WWI; (Vichy) France commissioned a map that portrayed Prussia as the octopus.
The octopus appeared again in 1942 as France intended to sustain its citizens' morale and cast Winston Churchill as the octopus, a demonic green-faced, red-lipped, cigar-smoking creature attempting to seize Africa and the Middle East.

Propaganda and political use
In the later nineteenth and twentieth centuries, the political potential of cartographic shapes became used more widely and began to be used for more blatantly propagandistic purposes. Map and globe can be used as symbols for abstract ideas because they are familiar to the masses and they harbor emotive connotations.
Maps are often incorporated as an emblematic element in a larger design or are used to provide the visual framework on which a scenario is played out.
Fred W. Rose created two propaganda posters depicting the British general election in 1880 in which he used the map of England, "Comic Map of the British Isles indicating the Political Situation in 1880" and "The overthrow of His Imperial Majesty King Jingo I: A Map of the Political Situation in 1880 by Nemesis.".
He was also the creator of the 1899 "Angling in troubled waters".
Henri Dron used the figure of the world map in the 1869 propaganda poster, "L'Europe des Points Noirs."