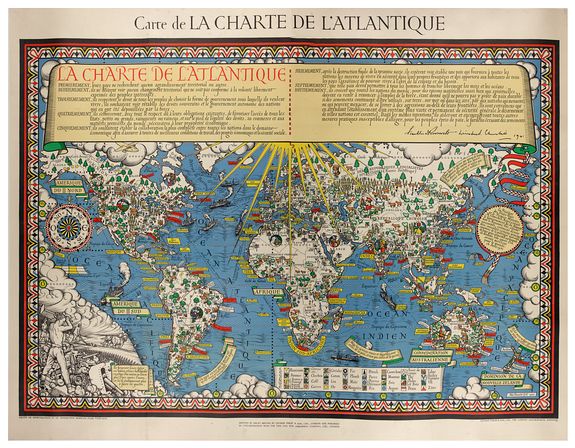 Throughout the ages, pictorial maps have been used to show the cuisine of a country, the industries of a city, the attractions of a tourist town, the history of a region or its holy shrines.
Unlike regular maps, the emphasis is less on illustrating a particular area to scale, and more on the selection of particular landscape features in order to illustrate a place or process, and sometimes to emphasize a specific feature.

In Medieval cartography, pictorial icons as well as religious and historical ideas usually overshadowed accurate geographic proportions. A classic example of this is the T and O map which represented the three known continents in the form of a cross with Jerusalem at its center. Used in the classroom, they can help students to visualise the nature of different and contrasting areas of a country, or indeed contrast different countries themselves. Pictorial maps can be very simple, a matter of collecting images to illustrate different places, or extremely sophisticated, requiring a deep understanding of a place in order to be able to select the 'correct' image for the purpose of the map.

Later, during the Age of Exploration, maps became progressively more accurate for navigation needs and were often sprinkled with sketches and drawings such as sailing ships showing the direction of trade winds, little trees and mounds to represent forests and mountains and of course, plenty of sea creatures and exotic natives much of them imaginary.
Another form is the Leo Belgicus map, showing the Low Countries in the form of a lion.

Pictorial maps may require a considerable amount of design and creativity as well as skills associated with finding and manipulating images from a variety of sources. They can also form a type of Geographical Information System or GIS. In this project idea, examples of several types of maps are used, from the simplistic to the complex.
It will explain how pictorial maps can be constructed and provides some examples of student work.