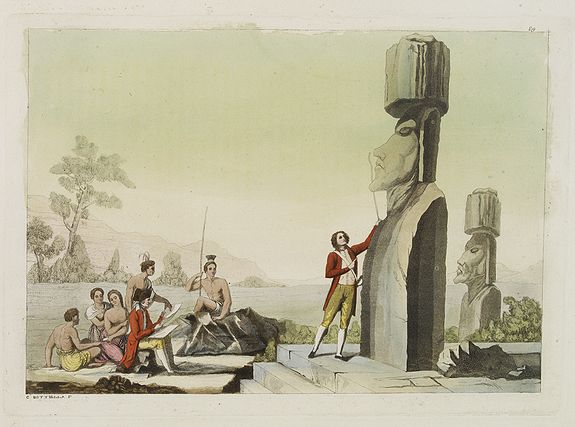 Contributors:
Giulio Ferrario (1767-1847), of Milan, was an intellectual, publisher, printer and librarian. His monumental work 'Il costume antico e moderno' contains over 1,500 hand-colored plates depicting clothing from the classical period through the early 1800's, as well as many architectural drawings and engravings.
Gallo Gallina (1778 - 1837) was an Italian painter and engraver, active in a Neoclassic style. He was active also as a lithographer. He became the custodian of the Archeologic museum in the Brera Academy. He painted a canvas for the baptistery of the Duomo di Cremona.

References: Colas 1050. Colas 1051 (Italian language). Colas 1049 (French language, variant to the plates & imprints). Hiler p.311. Lipperheide Ad.7 (Italian language with imprints).
Our website uses cookies. By continuing, you consent to the use of cookies on your device, unless you have disabled them from your browser.