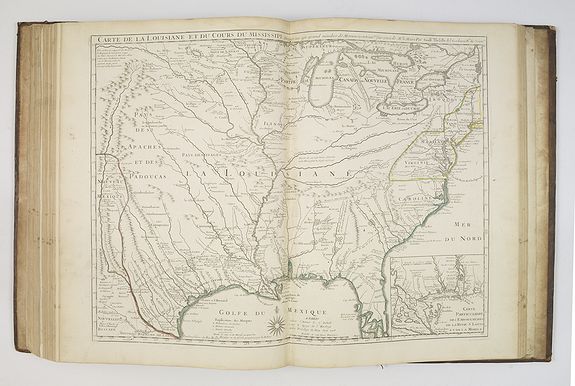 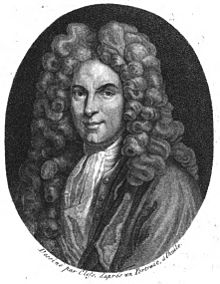 The first 72 maps are numbered in an 18th-century hand, together with an index sheet written in the same hand, calling for the first 72 maps. The extra map by Homann is mentioned on this index list.
The inside is very clean and the maps are printed on thick paper. Only a few maps, mainly in the ancient section, have some light marginal water staining.
The atlas is without a title page, as issued.

DeLisle is important as the first "scientific" cartographer who incorporated the most current information on exploration and topography into his maps. His maps of America contain many innovations: discarding the fallacy of California as an island, first naming of Texas, first correct delineation of the Mississippi Valley, and first correct longitudes of America. Lloyd Brown states that DeLisle "undertook a complete reform of a system of geography that had been in force since the second century, and by the time he was twenty-five he had very nearly accomplished his purpose."

Maps relating to the Americas who are present :

- Carte du Canada, 2nd issue 1703-1708 (The first printed map to show Detroit only two years after the founding of that village by Cadillac. Based on the work of Franquenlin Joliet and the Jesuits. In this map de l'Isle gives a superior rendering of the Great Lakes area.);

- Carte de la Louisiane, 1st issue, 1st state without New Orleans 1718 (The map contains the first indications of the explorations of De Soto, Cavelier, Tonty, Moscoso and Denis. It included the best depiction of the Mississippi River to date, for the first time presenting a roughly accurate delineation of its entire length, as well as a semblance of accuracy about many of its tributaries. It was also the first map to include the name Texas with the legend "Mission de los Teijas," indicating a Mission established in 1716.)

According to Cohen in Mapping the West : A significant map in Western American history and a work by one of the greatest mapmakers of all time. The map revealed for the first time the importance of the Missouri River and gave the most accurate delineation of the Mississippi Valley up to that time… [Delisle’s] passion for pure scientific accuracy is reflected on his maps. If geographic information had not been directly observed by a reliable source, he refused to acknowledge it. Many longstanding myths and errors that had been passed from mapmaker to mapmaker for generations were suddenly absent on Delisle’s maps.;

According to David Rumsey; Early Paris editions (ie before Buache became publisher in 1732) of DeLisle's atlas with the full 94 maps are scarce - the LOC has none.

Guillaume De L'Isle was born in 1675 in Paris and by the turn of the century was the most prominent map-maker of the time. Having been taught geography by his father Claude, himself a geographer and historian, Guillaume is reputed to have drawn his first map at the age of nine and was viewed as a child prodigy.
His training in mathematics and astronomy led to a more scientific approach to map-making with a reliance on verifiable information in contrast to the earlier Dutch map-makers with their emphasis on aesthetic values. This rigorous scientific approach brought recognition and in 1702, two years after the publication of his first atlas, he was elected member of the Academie Royale des Sciences and in 1718 he achieved his greatest honor when he was appointed 'Premier Geographe du Roi'.
When he died in 1726 his business was carried on by his nephew Philippe Buache whose maps and atlases were more concerned with physical geography and was one of the first cartographers to attempt to map the undersea world.

← 1711 Valk
1745 - Le Neptune Oriental →
Our website uses cookies. By continuing, you consent to the use of cookies on your device, unless you have disabled them from your browser.