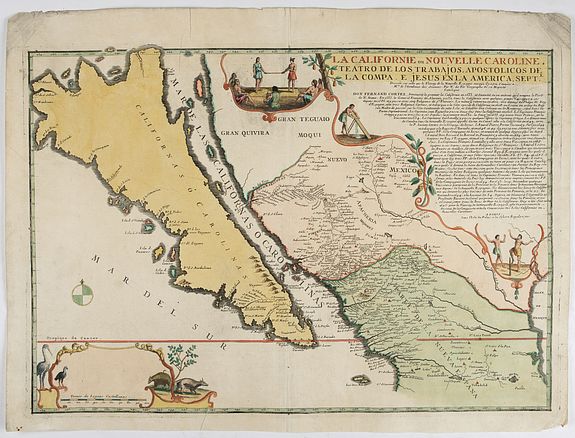 When reading maps, we expect map makers to use standard conventions, especially in regard to projection, orientation, scale, and symbols. When a map maker does not use generally accepted practices, we ask why? What is the story the map maker is trying to tell?

The Leo Belgicus, and the Pegasus map by Bünting are likely the most well-known cartographic curiosities. The auction samples a few more items.

Other variants are:
Map of the Wedding island - Love and marriage have always been among the most popular subjects for invented lands, especially in France. The famous medieval courtly romance, 'Le Roman de la Rose', is set in an allegorical landscape: a young man follows the river (of life) and finds a garden (courtly society). The allegory continues with descriptions of particular parts of the garden. Maps have treated the subject in a variety of ways. A well-known map is Seutter's Representation Symbolique et ingenieuse projettée en Siege et en Bombardement, comme il faut empecher prudemment les attaques de L'amour.
Bound in "Almanach de mariage pour l'année 1733.

The below list samples a variety of unconventional maps spanning the history of the printed map.

- Cartographic Misconceptions, such as lavish seventeenth-century maps depicting California as an island,
- Mer l'Ouest.
- The mythical island of Frisland.
- Fantastic Maps, such as the Wedding island,
- Pleasure Island.
- the Island of Wisdom.
- The Empire of Love and a
- map of Paradise.
- Pictorial maps
- Banned maps.
- maps and plans printed rather on textile.
- World War II pilot escape map printed on synthetic silk cloth.